A Bulletproof Look At Wild Salmon 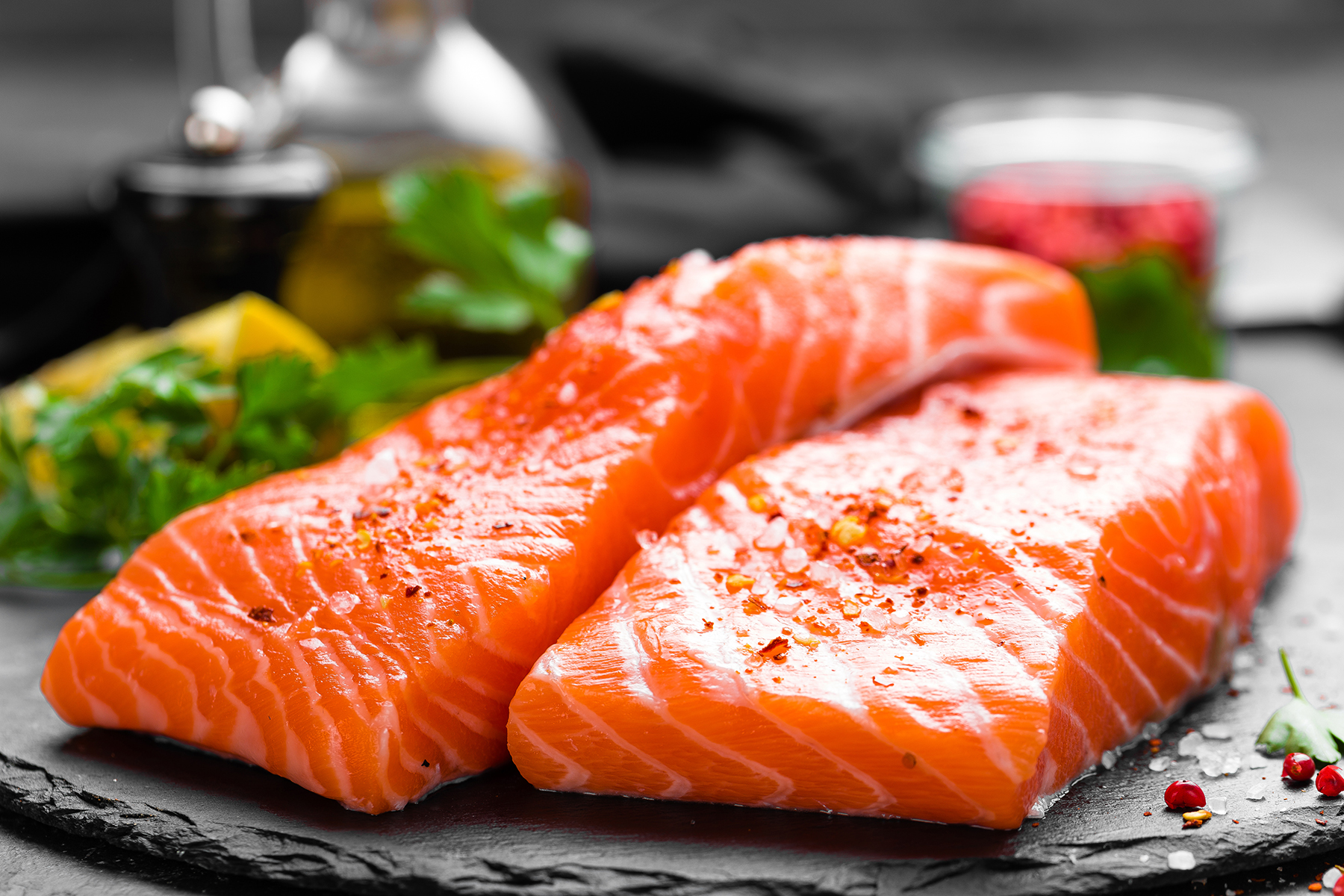 When was the last time you had salmon?

I eat this tasty fish at least once a week, partly because of its versatile flavour, and partly because it’s a supreme source of several rare performance-boosting nutrients. It’s also easy to cook. You can even eat it raw if you buy the good stuff.

And it’s worth it to buy the good stuff, because like beef, not all salmon is created equal. A lot of salmon’s flavour, fattiness, and nutrient profile depends on where and how it spent its life. Let’s take a deeper dive (no pun intended) into the world of salmon. You’ll learn about all the powerful compounds in this delicious fish, how to choose the best salmon, and how to cook it perfectly with a Bulletproof recipe.

The sockeye is a robust, satisfying red. That’s what salmon should look like. The farmed variety doesn’t even compare. It’s so pale – you can tell that the fish it came from was sickly.

The difference in color is thanks to astaxanthin, a bright red molecule found in algae, plankton, and krill. This stuff is powerful. Astaxanthin:

is a potent antioxidant and anti-inflammatory.

Protects your mitochondria by strengthening their cell membranes keeping out damaging oxygen species .

Other components of fish feed include fish meal and fish oils that are at risk for dioxin and mercury contamination. In recent years, farmers have tried to decrease heavy metal contamination by replacing fish meal/oil with soy and corn protein and vegetable oil, but salmon aren’t meant to eat soy and corn, so their meat quality plummets and farmers often have to administer antibiotics to keep them healthy. The vegetable oils also decrease omega-3 fat content.

It depends on what nutrients you want.

Sockeye salmon has the most astaxanthin, cholesterol, and vitamin D by far, because sockeyes have an unusual diet of almost exclusively plankton.Their unique eating habits make them extraordinarily difficult to farm, so sockeye salmon is basically always wild. It’s also high in omega-3s. Sockeye has a strong flavour. It’s great for you, and it’s very tasty smoked (more on smoked salmon in a minute).

Chinook (king) salmon, on the other hand, has nearly twice as many omega-3s as any other salmon species does. Chinooks favor deep, cold water. The extra omega-3s keep them warm – the fat stays liquid in their system and prevents them from freezing. Unlike sockeye salmon, Chinook salmon can be farmed, so always check your source to make sure you’re getting a wild-caught fish.

Pacific coho salmon is another strong option. It has the third-highest fat content of salmon, coming in behind Chinook and sockeye. Coho also has respectable vitamin D content and a solid dose of omega-3s.

Sockeye, Chinook, and coho salmon are all excellent choices, as long as they’re wild-caught. Each has a specific taste.

How to cook your salmon

Smoked salmon tastes wonderful, and it’s fairly Bulletproof. The downside is that smoking meat produces histamine, which can cause inflammation.

And opt for cold-smoked salmon if you can find it. The lower temperature better preserves the omega-3s.