Get the Best Smoking Cuts at Jervis Bay Meats!

What is Smoked Meat?

Smoked meat is an ancient cooking method that’s currently enjoying a worldwide renaissance in popularity. It’s an easy backyard cooking option for feeding a small family or a crowd.

Hot smoking (above 160°C) is a method of slow cooking that adds flavour to red meat, white meat (including poultry), and even seafood. It can be combined with curing to preserve meat.

Cold smoking (below 32°C) is used for meat preservation.

The smoking process involves cooking meat slowly in a smoker, which is an enclosed outdoor cooking appliance similar to a covered BBQ. It burns seasoned hardwood or hardwood pellets to produce aromatic smoke. The wood smoke slowly cooks and infuses the meat with aroma, flavour, and also partially preserves it. The connective tissue of the meat is gradually broken down, delivering a juicy, tender, flavoursome meal after the right amount of time being smoked.

The selection of wood used for smoking meat will influence the flavour and aroma of the cooked meat, and a vast array of wood types are used, including (for example) everything from maple and pear for a mild flavour, hickory and almond for a medium flavour, and black walnut or acacia for a robust flavour. For best results, pair the right wood with the meat cut. Choosing the right smoking cuts is intrinsic to success and there are numerous delicious options to suit all tastebuds and budgets.

The best smoking cuts tend to be the thick, fatty, tough and traditionally cheaper cuts of meat – although there are great high-end options like Wagyu Beef for those looking for higher-quality meat.

(Meats such as lean roasts, pork tenderloin, and individually cut steaks are unsuitable for smoking.)

Some of the best smoking cuts include:

We have a great selection of the very best cuts of meat for smoking.

Ask about our most popular smoking cuts:

There is no finer supplier of smoking cuts in the Shoalhaven than Jervis Bay Meat Company! 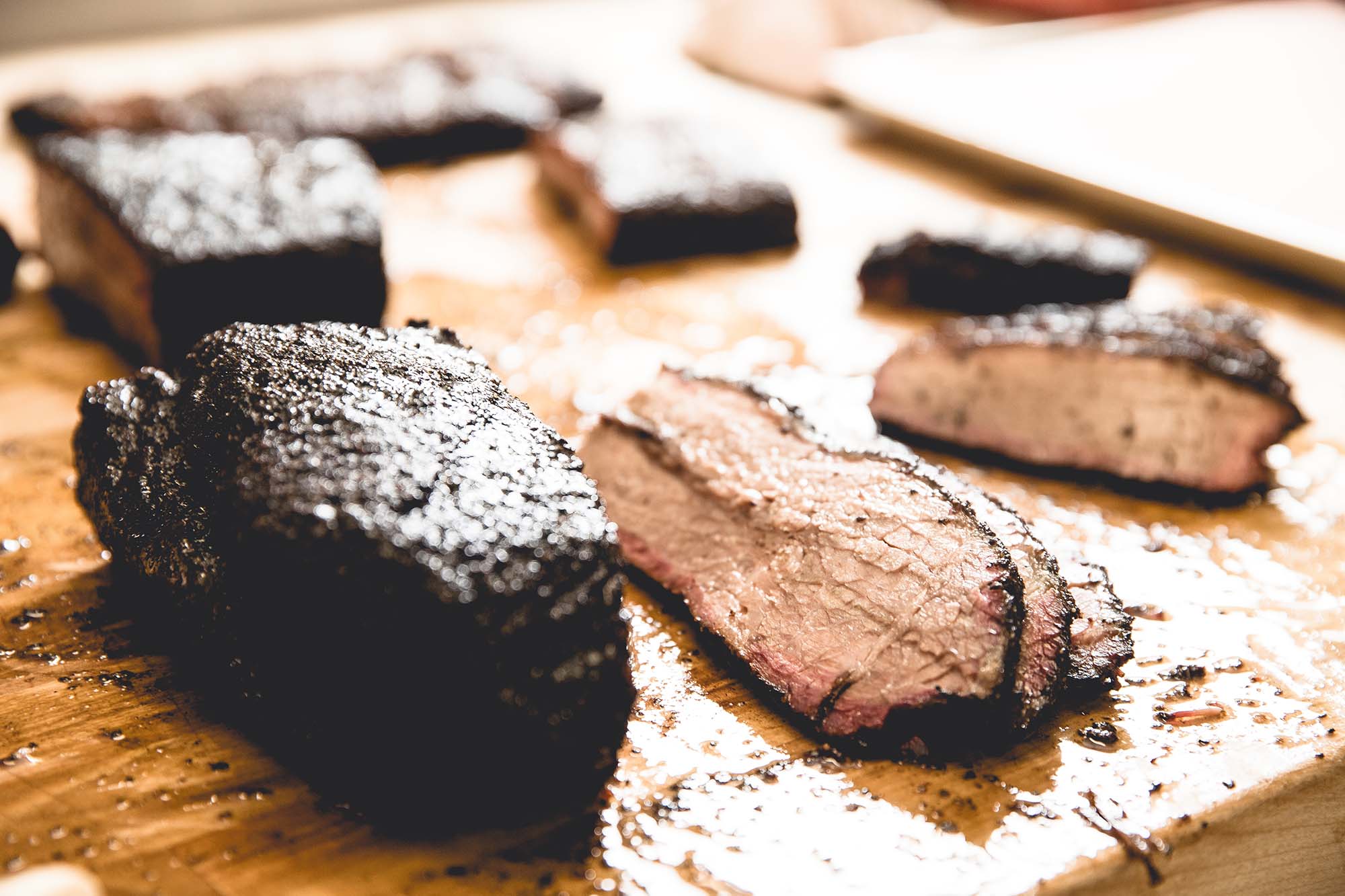 Placing your order with us is easy!

Simply drop into our shop, give us a call, or enquire online to discuss your requirements.